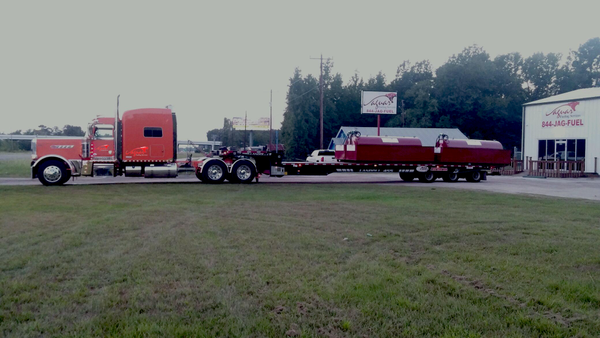 With the 2016 Hurricane Season well underway (beginning on June 1, 2016 and ending in November) and all of the “official projections” released many businesses are left not really knowing much of anything. As with most years these projections give us a good idea of what “may” occur, but until the eye is formed we don’t really know.

This year there are projected to be 14 named storms, 4 hurricanes (category 3 or greater), with 3 of these projected to make landfall.

Being Prepared for the 2016 Hurricane Season

Even though the projections are not very helpful, a prudent business will hope for the best and prepare for the worst. We all know and understand that it only takes one catastrophic hurricane to leave business at a stand still. This is why emergency preparedness is so important. Jaguar Fueling Services is here to help your business stay ahead of the emergency with emergency fuel preparedness strategies that will keep your business running when others are at a stand still. Of course, with hurricanes, this primarily effects coastal cities and ports; however, severe inclement weather can have far reaching effects on internal states as well.

How Can Jaguar Help Me?

Serious business owners are prepared business owners. Having an emergency fuel preparedness and backup activation plan can mean the difference between maintaining operations or coming to a complete stand still. Jaguar Fueling Services works to ensure that business owners have ample supply before, during and after a crisis. With fuel tank rentals, tank retaining programs, and scheduled fuel delivery services.

With the largest network of fueling partners in the nation, Jaguar Fueling Services can help your business stay ahead of the storm and operate when other are unable to.

Jaguar Fueling Service is the nations most trusted fuel delivery and emergency fueling service. From diesel generator fueling programs, fleet fueling, marine fueling, construction site fueling, aviation fueling and more, Jaguar Fueling is always on the job, 24X7X365 to get fuel to you when you need it the most.

Thank You For Your Business!