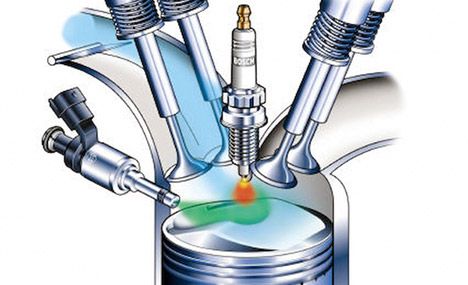 A large majority of (98%) of worlds largest commercial trucks are powered by diesel fuel burning engines. The key to achieving new federal fuel efficiency and greenhouse gas emissions standards will be the focus many advancements in newer and cleaner diesel technologies.

“Today’s final rules establish a bold challenge to further increase fuel efficiency and reduce greenhouse gas emissions to unprecedented levels from a wide range of commercial vehicles…The demands on heavy-duty engine and truck manufacturers are numerous. In addition to compliance with these new fuel economy and greenhouse gas emissions requirements on a wide variety of customizable products, they must ensure near zero emissions performance for at least 435,000 miles. In addition to meeting all the latest federal safety requirements and having the highest uptime and reliability, the largest trucks must be able to move 80,000 pounds up mountains at 60 miles per hour, run 100,000 to 120,000 miles a year, in every corner of the United States, while doing it all at the lowest possible cost.”

“Consistently meeting and exceeding these extraordinary demands is why diesel engines power 98 percent of all the largest commercial trucks today and will do so for the foreseeable future.”

“Meeting the challenges set forth in the first phase of these rules has been underway since 2014, and won’t be fully implemented until 2017. In the days ahead we will be fully reviewing and offering additional insights on this new complex rule, and are hopeful that the new goals established here achieve an effective balance of meeting customer demands and societal goals,” Schaeffer said.

“Efficiency is by no means a new concept to diesel engine and truck manufacturers. This new rule raises the bar, demanding even further innovation while recognizing the unique considerations of the trucking industry and many differing commercial heavy-duty applications,” Schaeffer said.

NOx and Particulate Matter Emissions Have Been Reduced by 98%

“Gains in fuel efficiency and reductions in greenhouse gas emissions have been built on the foundation of clean diesel technology that first emerged in 2007; advanced engines, new emissions control systems and ultra-low sulfur diesel fuel. As a result of the clean diesel system, over the last 10 years, emissions from heavy-duty diesel trucks and buses have been reduced by 98 percent for nitrogen oxides – an ozone precursor – and 98 percent for particulate emissions. It would take more than 60 of today’s generation clean diesel trucks to equal the emissions from a single truck built before 1990. In Southern California more fine particles now come from brake dust and tire wear than from heavy-duty diesel trucks.

“Today’s diesel truck is more fuel efficient and has lower emissions than any previous generation, a significant accomplishment considering that increased fuel efficiency and lower emissions are near-opposite ends and competing forces in diesel engine design. Because diesel engines offer this unmatched combination of energy efficiency, power, performance and reliability, now coupled with near zero emissions, it ensures that diesel will be the technology of choice to power the majority of commercial trucks into the future,” Schaeffer said.

This article can be found in it’s original context here