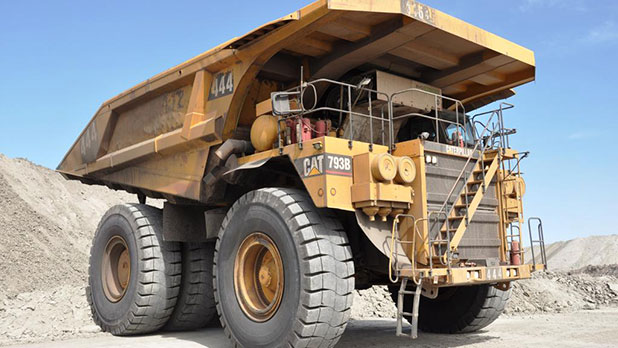 A driver for a fuel delivery service that regularly provides fuel to a Minnesota quarry is not a miner subject to comprehensive miner training, an administrative law judge (ALJ) has ruled.

ALJ L. Zane Gill vacated a citation and failure-to-abate order againstMidwest Fuels, Inc. A Mine Safety and Health Administration inspector had cited Midwest in September 2012 for failing to produce certification that its driver had received comprehensive training under MSHA’s Part 46 training rule. The agency proposed a $112 fine. Midwest filed a notice of contest. Two weeks after writing the citation, the agency issued a non-assessable 104(b) order because Midwest had taken no steps to correct the alleged infraction.

Midwest’s driver had completed site-specific hazard awareness training at the quarry, and the company contended this training was all that was legally required for delivery workers or vendors under Part 46. MSHA contended the driver was a “miner” because he fueled equipment at an active mine site in the same general vicinity as miners. Therefore, he was exposed to mining hazards, MSHA argued.

MSHA’s argument that the driver was a “miner” failed for several reasons, according to ALJ Gill. Under the regulation, to be classified as a miner, an individual must be engaged in mining operations. The agency conceded Midwest’s driver did not perform mining work. In addition, Gill in essence said that the driver’s alleged exposure to mining hazards was not relevant because such exposure is not included in the definition of “miner.” Moreover, Gill pointed out that the language of Part 46 specifically excludes delivery workers, and, in support, cited MSHA’s own exclusionary language in the preamble to the Part 46 rule.

“As a fuel delivery truck driver, [driver’s name] was not a ‘miner’ under Part 46 of the regulations,” Gill concluded.

The agency also argued the driver should be considered either a maintenance or service worker because he was at the mine frequently to refuel machinery, an activity which enables the mine to meet its operational needs by maintaining machinery in functioning order. The agency asserted this argument was reasonable and thus was entitled to deference. The regulation mandates comprehensive training for maintenance or service workers who work at a mine for frequent or extended periods.

Gill rejected this line of reasoning as well. He referenced language for what MSHA believes represents maintenance and repair work in the agency’s own publications to discount that delivering fuel was a maintenance or service activity. In a footnote, Gill said the 30-45 minute duration of the driver’s daily visits to the quarry “was a very short period of time” that did not meet the frequent or extended periods language that will trigger comprehensive training.