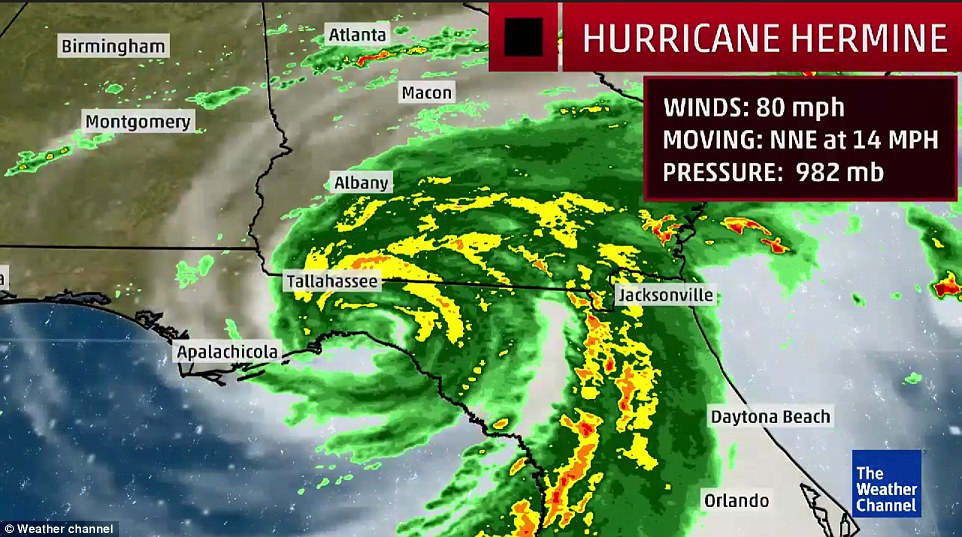 Florida’s fist hurricane in over ten years slams into Florida bringing heavy rain and flooding, spinning off tornado’s. The calls for emergency fueling services has increased along the East Coast as Jaguar Fueling Services responds to the crisis.

At its onset the hurricane began its spiral dance of the northwest coast of Florida early last Friday. The rainfall and winds began their onslaught by flooding streets and knocking down power lines. Hermine was rated a Category 1 with winds reaching up to 80 miles per hour as it gained momentum in the Gulf of Mexico before hitting land in what is known as the Big Bend of Florida (where the peninsula of the state meets the nothern panhandle area).

Even in the impending front of the hurricane many crews set out to make repairs to power lines that had been brought down by fallen trees and branches impacted by the encroaching storm winds. In the earliest hours of the morning power outages effected nearly 32,000 people in the area.

In the Wake of the Storm Emergency Fuel Needs Increase

At Jaguar Fueling Service the phones have not stopped ringing and emails have been pouring in as many of our clients begin the recovery process. Not only those impacted by the storm in Florida but many customers on the eastern coast line have been in contact to ensure that their fueling needs are met during this national crisis. The rising tides and storm surge that initially impacted the Florida coastline brought severe flooding and with it overwhelmed sewage systems increasing the need for diesel powered pumps. The power outages increased the need for emergency fuel for power generators. Many of our clients stay in a state of readiness for storms like these, especially during the hurricane season, and in many cases keep large fuel tanks on hand for operations throughout the year. When the storm is in-bound we keep them supplied prior to and after the storm hits. Jaguar Fueling Services has become an essential part of many private business and governmental agencies storm preparedness protocols. When storms increase in frequency and ferocity the need for emergency fueling increases. Jaguar Fueling Services is on call 24 X 7 X 365 for all of your emergency fueling needs.

When comparing the volume of daily traffic to the Jaguar Fueling Services website over the course of a two-year period, we see an interesting, but not completely unexpected increase in traffic which is likely attributed to the hurricane.

This year during the storm season we saw increase in the number of calls related to storm preparedness and in the wake of the storm even more calls. This is consistent with the increased volume of traffic to the website. The comparisons above shows an increase on all fronts. This data serves to confirm that demand for fueling increases proportionately to seasonality of storms and most significantly just prior to or immediately proceeding a major storm as further indicated by the increase in visibility across the search engines at the peak of a storm (see diagram below). Notice also that the rise in visibility is notably increased in the weeks leading up to the peak storm season.